Mohamed Salah leads the way for the Premier League Golden Boot, but Tottenham’s Harry Kane is enjoying their tussle.

Harry Kane is enjoying his Golden Boot tussle with Liverpool star Mohamed Salah, but the Tottenham striker stopped short of saying he could usurp the Egyptian.

Salah has enjoyed a remarkable debut campaign in the Premier League, seamlessly transitioning after joining from Roma at the start of the season.

The Egypt international has 29 goals from 31 league appearances, more than anyone else in the division, with Kane second on 25 after being awarded Spurs’ winner against Stoke City by the Premier League.

Kane claimed the Golden Boot in each of the last two seasons, but following an ankle injury which kept him out for three weeks, he faces a struggle to overtake Salah with just six games to go.

When asked by Sky Sports whether he will get past Salah, Kane said: “We will see. He has done great, he has had an amazing season and has gone ahead, so we will see. 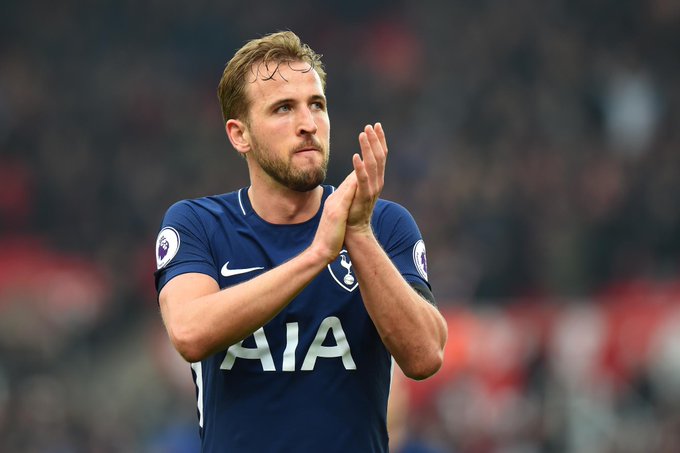 “Because we are battling against Liverpool for the top four as well, it’s a bit of excitement. He scores four, let’s see what I can come back with.

“Whatever happens at the end of the season, both of us will have had good seasons and we both enjoy it. It’s just the competition and trying to win, that’s what I enjoy.”

Despite being overshadowed by Salah’s brilliance this term, Kane has had another excellent season himself, with speculation continuing to link him with moves to the likes of Real Madrid.

And, while he does not appear to be in a huge rush to leave Spurs, he reiterated his ambition to win trophies.

“My dreams are to stay at a consistent high level for the next seven, eight, nine years,” he said.

“I want to keep myself in good shape, play for a long time. I think that is what makes a good player, doing it year in, year out, if you can catch records that’s amazing.

“I don’t think of that but it comes along the way. I want to be a consistent goal-scorer for the next 10 years.

“Every day a thought forms in my head that I want to win a trophy, how good it would be to win the FA Cup this year, or the Premier League next year, or the World Cup in the summer.

“That’s definitely what I want to achieve. We still have a chance this year and I think if we do win the FA Cup and finish top four it would be a good season.”

How to get the perfect selfie