Breaking news: It’s never happened to me – Ronaldo thanks Juve fans for ovation

Real Madrid star Cristiano Ronaldo was taken aback by the reaction of Juve’s fans to his bicycle kick on Tuesday.

Two-time reigning champions Madrid put one foot in the semi-finals thanks to Ronaldo, who scored twice in a memorable first-leg performance against 10-man Juve on Tuesday.

Having opened the scoring inside three minutes, Ronaldo was at it again with an unforgettable bicycle kick in the second half as the five-time Ballon d’Or winner earned a standing ovation in Turin.

“It was an unbelievable moment,” the 33-year-old Portuguese superstar told UEFA.com.

I have to say thank you, Grazie, to all the supporters of Juventus. What they did for me was amazing.

“This has never happened in my career so far but I’m so happy.” 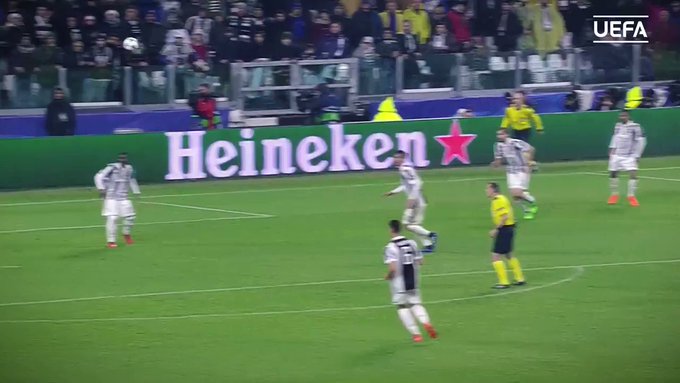 Ronaldo has given us an early contender for #UCL Goal of the Week
Ronaldo became the first player in Champions League history to score in 10 successive appearances as he took his tally to 39 goals across all competitions for Madrid this season.

Marcelo was also on target against Juventus, who had Paulo Dybala sent off to compound their misery.

Lesson: If Northern Nigeria can grant Amnesty to Boko Haram Then, Ohaneze Ndigbo should support IPOB to achieve Biafra

Breaking news: Is this another blip or the end of Paul Pogba’s stay at Manchester United?