Breaking news: I only spoke with him twice – De Bruyne on time under Mourinho

Kevin De Bruyne has flourished at Manchester City after an initial false start in the Premier League at Chelsea with Jose Mourinho.

De Bruyne and City will be crowned Premier League champions on Saturday if they beat Mourinho’s United – a result that would seal the title in dream fashion for an expectant Etihad Stadium faithful.

The Belgium midfielder is a frontrunner for player-of-the-year honours in England, somewhat at odds with his spell at Stamford Bridge.

Limited first-team opportunities under Mourinho prompted a move to Wolfsburg, returning to the Bundesliga where De Bruyne had impressed during a loan spell with Werder Bremen in 2012-13.

Asked about what his relationship with the Portuguese was like, the 26-year-old told the BBC’s Premier League Show: “I would say distant.

“I’m not really somebody who speaks a lot with coaches. I think if a coach wants to speak to you then you do it. He’s the boss. You can be good with each other but still there is a distance between a coach and a player.

“I only spoke with him twice – when I wanted to leave for Dortmund at the beginning of the summer and then in the second meeting I said, ‘for me it’s better to go I want to play football’.” 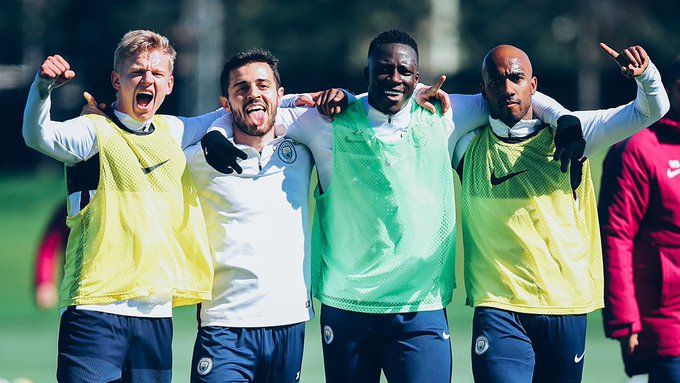 It proved a shrewd decision on De Bruyne’s part as he collected the Footballer of the Year award in Germany after a stunning 2014-15 campaign with Wolfsburg, making him one of the most sought-after talents in Europe.

A number of elite clubs came calling but the attraction of City’s playing style – one that has blossomed under Pep Guardiola this season – was decisive.

“I had the option of going to Munich, PSG or staying in Wolfsburg,” added De Bruyne.

“But I thought for me the probability of the type of football that I can play at City will suit me the best.”