Mohamed Salah cannot help but think about the Premier League Golden Boot, but the Liverpool forward is eyeing the Champions League.

Liverpool star Mohamed Salah is desperate to win the Champions League, saying that was his focus ahead of individual prizes.

Salah, 25, has enjoyed an incredible first season at Anfield, scoring 40 goals in 45 games in all competitions since arriving from Roma.

The Egypt international is on track to win the Premier League Golden Boot, while he has helped his side into the Champions League semi-finals.

Salah said his focus was on trying to win Europe’s elite club competition, in which Liverpool face his former club, Roma, in the last four.

“To win the Champions League is huge for everyone. I don’t care about the rest. 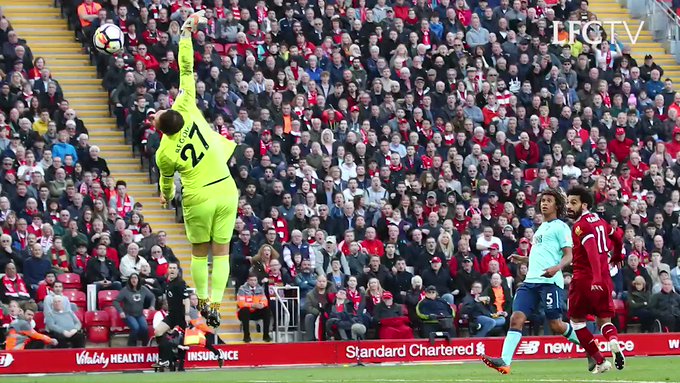 Although he is focused on team trophies, the forward admitted the Golden Boot was in his thoughts.

“I cannot lie – it is in my mind. But you can see with the team, everyone tries to pass the ball to me to help me,” he said.

“I am also sure that Tottenham’s players try to help Harry Kane and also Manchester City’s try to help Sergio Aguero.

Breaking News: I’ll be at Barca for a long time Dembele