Chelsea could still lift the FA Cup after their Premier League collapse in 2018, but how much of the damage would that repair?

Chelsea are 10 points behind fourth-placed Tottenham with six matches remaining this season and have won only three of 11 in the top flight since the turn of the year.

Trips to Southampton and Burnley are up next for the Blues before they face the struggling Saints in an FA Cup semi-final at Wembley on April 22, a date Hazard feels is decisive.

“I hope, for the Chelsea fans and ourselves, that we can achieve something,” Hazard told reporters.

“We still have the FA Cup to play for, so we need to bring this ­trophy to Stamford Bridge at the end of the season.” 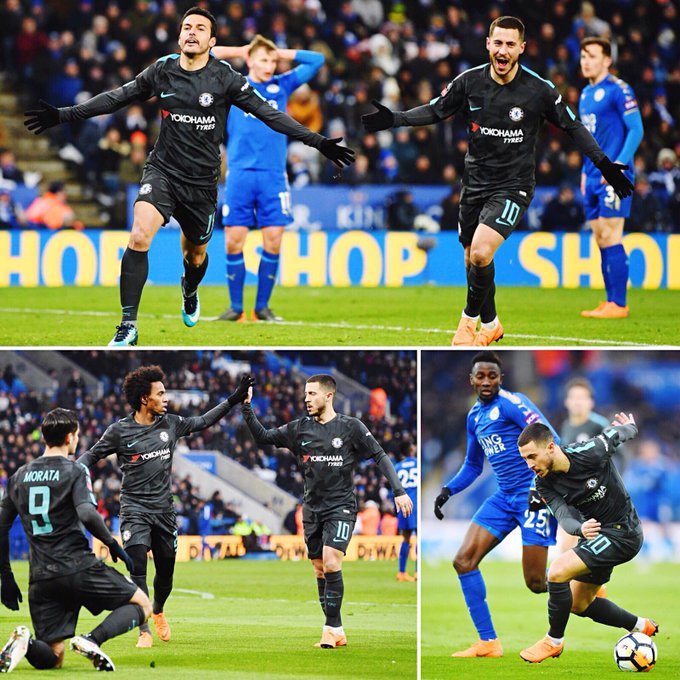 However, Spain defender Cesar Azpilicueta – who was also involved when Chelsea followed their 2014-15 title with a shambolic 10th-place finish – feels the drop in levels from a team who won 30 out of 38 Premier League games last season has been unacceptable.

“The FA Cup is a massive trophy, with a lot of ­history, but it’s not enough for us,” Azpilicueta told reporters.

“We will try to win it, but the cup will not save our season.

“To get a draw at home in ­another London derby is really frustrating for all of us – and all of the fans. We are not happy.”