Breaking News: Do Arsenal need to focus on entertainment or results in manager hunt? 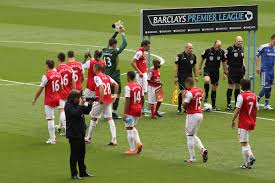 Paul Merson has claimed that the Arsenal role craves an entertaining manager in charge, pouring water on recent speculation linking Rafael Benitez with the job.

The Newcastle boss has been in fine form recently, all-but securing his side’s place in the Premier League for next season with a win over our side at the weekend, and the Spanish coach is now being linked with a return to a bigger side, having previously managed the likes of Liverpool, Chelsea, Valencia and Real Madrid.

Paul Merson doesn’t see him as the person to take over from Arsene Wenger however, despite rating him highly.

‘I like Benitez – he is one of the top managers,’ Merson said.

‘I just think Arsenal [fans] want to see entertaining football, and I know this might sound a bit silly, but they want to see teams who go out to win football matches.

‘Benitez sort of sets his teams up – even at Liverpool – not to get beaten, and you go from there.

‘Arsenal fans are staying away at the moment because it’s not entertaining enough, and I think they will need someone with a little bit more flair.

‘They need someone with longevity – someone who will get a four or five year contract and stay there – because you don’t want a Manchester United situation, where they change the manager many times quickly after Sir Alex Ferguson.’

Is Rafa the wrong sort of manager for our side? Do we need to concentrate on a results boss or an entertainer also?

5 ways to get over your ex in a mature way

GET THE LOOK:NKIRU NWOSU IS OUR STYLE INSPIRATION WITH BOLD FASHION STATEMENTS