Breaking News: CIA says North Korea won’t give up nukes, but might open a burger joint

WASHINGTON — A new U.S. intelligence assessment has concluded that North Korea does not intend to give up its nuclear weapons any time soon, three U.S. officials told NBC News — a finding that conflicts with recent statements by President Trump that Pyongyang intends to do so in the future.

President Trump is continuing to pursue a nuclear summit with North Korean leader Kim Jong Un even though the CIA analysis, which is consistent with other expert opinion, casts doubt on the viability of Trump’s stated goal for the negotiations, the elimination of North Korea’s nuclear weapons stockpile.

“Everybody knows they are not going to denuclearize,” said one intelligence official who read the report, which was circulated earlier this month, days before Trump cancelled the originally scheduled summit.

In an odd twist, a list of potential concessions by North Korea in the CIA analysis included the possibility that Kim Jong Un may consider offering to open a Western hamburger franchise in Pyongyang as a show of goodwill, according to three national security officials.

It suggests Kim is interested in a peaceful gesture to an American president whose love of fast-food burgers is well known — and who, during the 2016 campaign, had said he wanted to talk nukes over a burger with the North Korean leader.

On the nuclear question, the analysis suggests that a more realistic immediate objective would be convincing Kim to walk back recent progress on the country’s nuclear weapons program, the officials said. 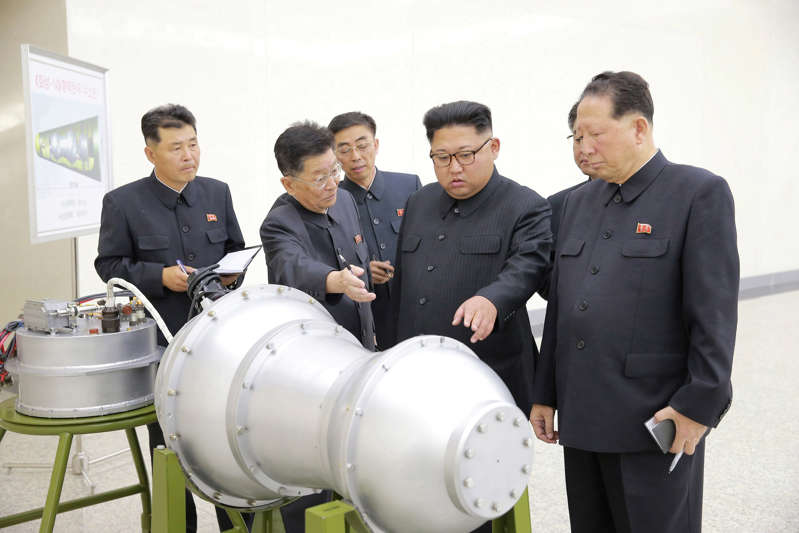 But it’s not clear that would pass muster with Trump — or America’s allies.

“If the North Koreans don’t agree in a joint statement that lays out denuclearization — that is, getting rid of their nuclear weapons, having them put under control by international elements — then I don’t think we are going to go very far,” Chris Hill, a former ambassador to South Korea, said Tuesday on MSNBC.

Trump cancelled the originally scheduled June 12 summit on May 24, but in recent days has suggested he may participate in the summit after all. A U.S. delegation met in recent days with North Koreans officials in the Demilitarized Zone, and a senior North Korean intelligence official is en route to New York City to discuss a potential summit.

The CIA report comes as a top nuclear expert argues in a new paper that the nuclear disarmament process in North Korea could take as a long as 15 years. Siegfried Hecker, a Stanford professor who once directed the federal government’s Los Alamos laboratory in New Mexico — and who has toured North Korean nuclear facilities four times–argues that the sprawling nature of the North Korean program means it will take a long time to dismantle. His analysis was first reported by the New York Times.

The CIA report described by three officials to NBC News lays out a series of incentives the U.S. and South Korea could offer North Korea to disarm, including infrastructure and agricultural aid.

The report, like nearly all intelligence products on North Korea, offered analysis at low or medium confidence — language intelligence agencies use to signal that analysts lack hard information to buttress their conclusions.

One of the world’s most reclusive countries, North Korea is a notoriously difficult intelligence target. Human sources and communications intercepts are hard to come by.

“This is essentially some very smart analysts offering their very best guesses,” one intelligence official said.

During the 2016 campaign, Trump said he would like to meet with the North Korean leader in a low-key setting that entailed “eating a hamburger on a conference table.”

The CIA report does not specify which fast food brand could be invited to North Korea, but said Kim envisioned that the establishment could be used to provide food during the talks and would show that he was open to Western investment. 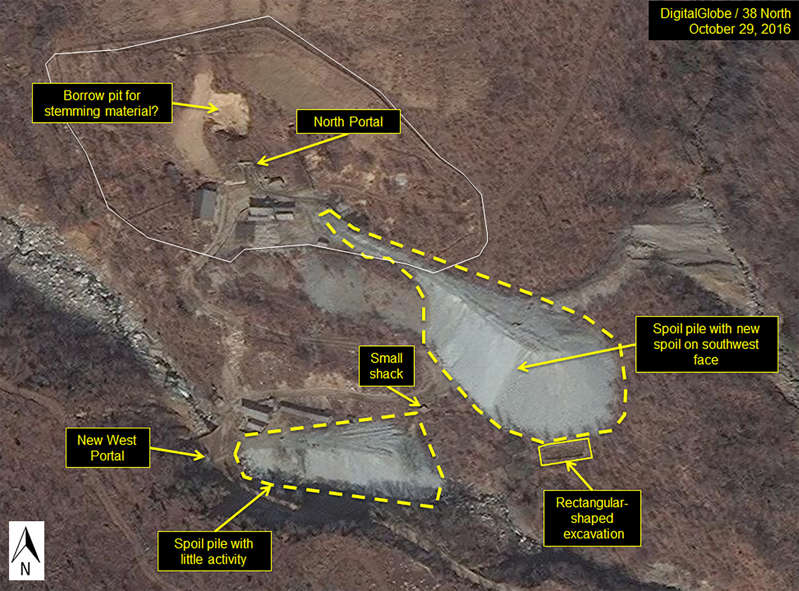 In advance of major diplomatic negotiations, it’s not uncommon for intelligence agencies and the State Department to provide assessments about the opposing side’s red lines. The idea is to prepare American participants for all possible eventualities, and to provide options to influence the adversary’s behavior.

The new CIA report, according to three national security officials, assessed that Kim may also offer other limited American investment in North Korea, particularly in infrastructure.

The U.S. and South Korea would likely focus on food delivery — possibly through the United Nations — and other agricultural development, the report said. The South Koreans would likely take the lead in delivering this aid.

The U.S. also could offer economic incentives, including sanctions relief.

The report says North Korean officials have not demanded in preliminary talks that the U.S. remove all its troops from South Korea, and they are not expected to do so in any initial summit.

The report says that South Korean President Moon Jae-in felt believes he enjoys a strong rapport with Kim, and that South Korea is considering a formal declaration to end the war between the two countries.

The CIA and the White House declined to comment.

One former senior official who has been briefed on the U.S. approach to North Korea acknowledged that U.S. intelligence agencies do not believe Kim would ever get rid of all his nuclear weapons.

“I’ve always wondered: How does the administration square that circle?” the former official said. 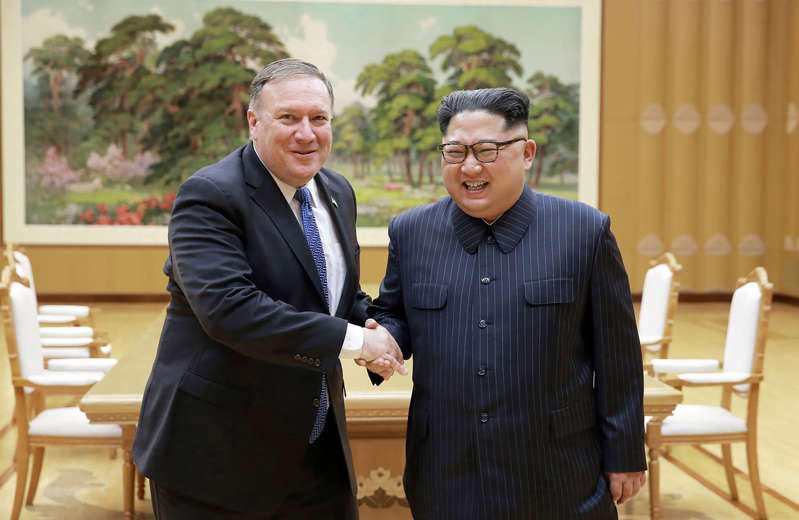 The big question going into any negotiation, the official said, was how the White House would deal with North Korea’s unwillingness to denuclearize while maintaining Trump’s public line requiring such a move.

Trump seemed to acknowledge that dilemma in remarks last week where he said North Korea may not have to immediately denuclearize and that its nuclear program could be phased out over a period of time.

The U.S. also has decided to drop any human rights demands as part of the talks, according to a current and a former official — a deeply significant move when dealing with a country that the U.S. believes holds between 80,000 and 120,000 prisoners in squalid camps. The former official said the U.S. approach to North Korea was broken down into phases, each of which would bring corresponding gestures of aid and sanctions relief.

First, the Trump administration wants North Korea to declare all details of its nuclear program, dispose of fissile material and close some sites.

The U.S. would then press for international inspections and a gradual elimination of nuclear weapons.

The American side would like to all but eliminate fissile material in North Korea.

An open question, said the former official, is how and whether to press Kim to account for and relinquish his chemical and biological weapons. After Trump criticized the Iran nuclear deal for failing to account for Iran’s missile program, it would be hard for him to reach a nuclear deal with North Korea that ignores other weapons of mass destruction.

On May 28, the White House said in a statement that President Trump and Japanese Prime Minister Shinzo Abe had spoken and “affirmed the shared imperative of achieving the complete and permanent dismantlement of North Korea’s nuclear, chemical and biological weapons and ballistic missile programs.”

Lagos celebrates treble at The Foot of David