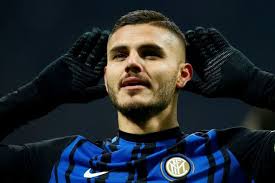 According to the Metro, Chelsea make a formal offer for Inter Milan striker Mauro Icardi, as the Blues have submitted a £55million bid for Mauro Icardi as they look to beat Real Madrid to his signature.

Chelsea are determined to add more firepower to their attacking lineup this summer and Icardi, who has scored 22 goals in 26 matches in Serie A, has been identified as an excellent addition. His remarkable season has attracted attention from both Antonio Conte’s side and Real Madrid.

But it is expected that Inter will reject Chelsea’s initial proposal as the 25-year-old has a £96m release clause.

Should the Blues sign him, it will be the second summer in a row when they will spend big on a new frontman as they continue to search the market.

Antonio Conte brought Alvaro Morata to the club for £60m, but the Spaniard has struggled in recent weeks, because of the injury, scoring just once in 2018. And Chelsea chiefs believe a more natural goalscorer will be required next season as they plot a bid for the Premier League title.