Mohamed Salah has been in unstoppable since joining Liverpool, and Jose Mourinho said the Egyptian’s Chelsea exit was down to the club.

Jose Mourinho insists Mohamed Salah’s departure from Chelsea in 2016 was the club’s choice, not his.

Salah has been in sensational form since joining Liverpool for an initial £36.9million (€42m) from Roma in June, scoring 43 goals in all competitions to help the Reds to the Champions League semi-finals and earn the PFA Players’ Player of the Year award.

The Egyptian winger made just 19 appearances for Chelsea during two and a half years on their books, spending spells on loan at Fiorentina and Roma before joining the latter permanently in August 2016.

Mourinho, who is now in charge of Manchester United, claims it was Chelsea’s decision to let Salah go, suggesting the former Basel man was not ready to make his mark on the Premier League at that point.

“It is the first time that I am going to say this, but it is another injustice that has been talked about me. People say that I was the one that sold Salah and it is the opposite. I bought Salah,” he told ESPN Brasil. 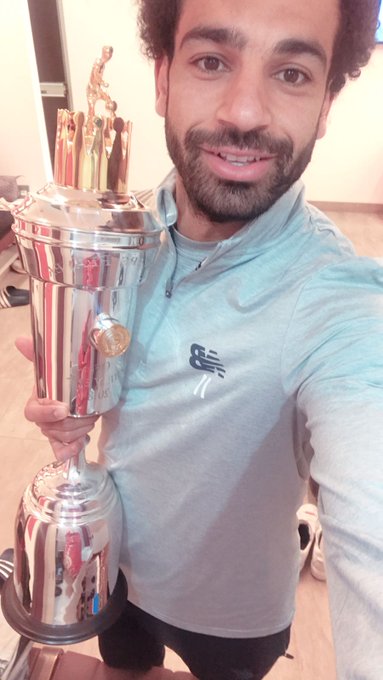 “And when they say that I was the one that sold him it is a lie. I bought him. I agreed to send him on loan, I thought it was necessary, I thought that Chelsea had wingers… Some of them are still there like Willian, [Eden] Hazard and all those players already in a different level.

“But even if it was, in football we make mistakes a lot of times, so many times some players develop in way we were not expecting, some others don’t reach another level like we thought they would, so I don’t even think this is a mistake, it is just part of the job.

“But effectively I did buy Salah, I didn’t sell Salah, but it doesn’t matter. What matters is that he is a fantastic player, and I am really happy for everything that is happening for him and especially because he scores against everyone and he didn’t score against us in two games.”