Cristiano Ronaldo was missing from the photos of the release of Real Madrid’s new shirt, encouraging more speculation over his future.

Speculation over the future of Cristiano Ronaldo is likely to build after the Portugal star was not among the players pictured as part of the release of Real Madrid’s new kits for 2018-19.

The new home and away shirts for next season were shown on Tuesday, modelled by players including club captain Sergio Ramos, Marcelo, Keylor Navas, Toni Kroos and Isco.

Ronaldo did not feature but Gareth Bale, who admitted after the Champions League final that he is considering his future, was used in the photos and accompanying video.

The absence of Ronaldo is expected to prompt further talk of a possible transfer before the start of next season, after he suggested following the 3-1 win over Liverpool that his time at the club could be coming to an end.

However, any anxious Madrid fans may have no real cause for alarm. 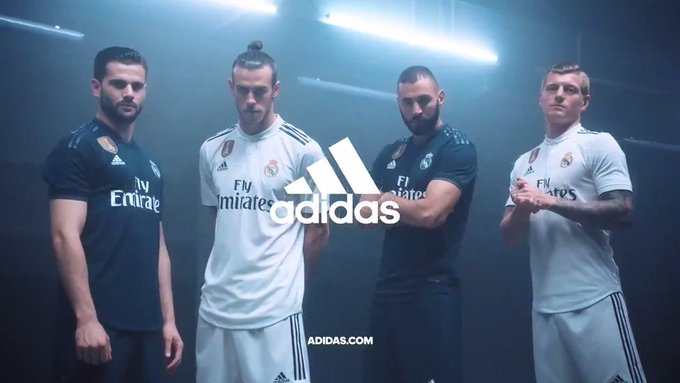 Firstly, Ronaldo was not used for Madrid’s kit releases in the last two seasons, with Bale, Ramos, Marcelo, Kroos and Karim Benzema involved instead.

In fact, the 2016-17 shirt was modelled by James Rodriguez, who would end up joining Bayern Munich on loan just a year later.

Sponsorship conflicts could well be behind this, with Ronaldo having agreed a “lifetime” contract with Nike in November 2016, worth a reported $1billion.

The deal with the United States sportswear giant would likely preclude the 33-year-old from appearing in official releases for products made by Adidas, Madrid’s principle kit manufacturer.

Last June, an image posted on the player’s Instagram page as part of a Nike marketing campaign came under scrutiny as it apparently showed the former Sporting CP youngster in an Adidas jumper.

The picture of a young Ronaldo, captioned ‘This Boy Knew’ above Nike’s famous logo, was said to have been cropped to hide the Adidas branding lower down.

TEENAGER SELLS FATHER’S BABY FOR N250,000 IN LAGOS FOR ALLEGEDLY BEING IMPREGNATED BY HER FATHER

Breaking News: UEFA: No action against Ramos for clash with Karius