Arsene Wenger admits Arsenal’s season hangs on their Europa League hopes, although he is not focusing on his own future for now.

Arsenal manager Arsene Wenger admits he will use Sunday’s clash with West Ham to prepare for the “absolutely vital” meeting with Atletico Madrid in the Europa League semi-finals.

The Gunners host David Moyes’ side knowing a win could be crucial in the race for Europe, with Burnley able to climb above them into sixth place with a win over Chelsea on Thursday.

With that in mind, Wenger is already planning for the visit of Atleti to the Emirates Stadium, telling a news conference: “I would say this weekend is a preparation for Thursday.

“I rested some players after the [CSKA] Moscow game so they will need a game. [Europe] is the priority because, in the Premier League, we go for not a lot. For us, it’s the biggest priority now.

“We are Arsenal and we want to win football games. Every game is important and we love to win. At home, we’ve had quite a good season, it looks a little bit strange. It’s away from home that we failed. It’s absolutely important we maintain that record at home. 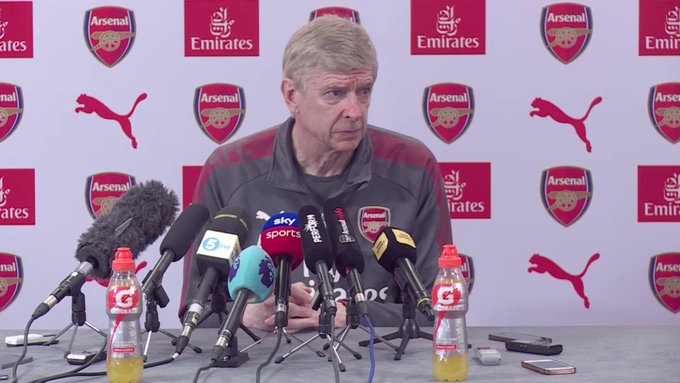 A disappointing result this weekend and a failure to get past Atletico would increase the pressure on Wenger’s position, but the 68-year-old says his future is not a concern.

“My personal situation is not so much my worry at the moment,” he said. My worry is to transform a season with many disappointments away from home into success. That’s what matters to me.

“As I said the other night, my future is in front of me, every time I make a half-turn. It’s not my biggest priority.

“If you have to give me some credit, if you look back at my career, you would have to accept that my priority has always been the interest of Arsenal Football Club.

“I’m responsible for the results and when they’re not as good as everybody wants, people ask the question. I cannot master that. I can only master my commitment and the quality of my work.”

Wenger expects Aaron Ramsey to be fit to face West Ham after a calf injury, although Jack Wilshere and Henrikh Mkhitaryan are expected miss out.