Arsene Wenger and Shkodran Mustafi were amazed to see Roma stun Barcelona and are determined Arsenal do not suffer a similar fate at CSKA.

Barcelona’s stunning Champions League loss to Roma serves as a warning to Arsenal as they prepare to defend the same advantage against CSKA Moscow in the Europa League.

Ernesto Valverde’s men carried a 4-1 first-leg lead to Rome but were sensationally denied a place in the semi-finals eight minutes from time when Kostas Manolas sealed a remarkable 3-0 win for the Serie A side.

Similarly, CSKA are three down but with an away goal to their name ahead of hosting Arsenal in the Russian capital on Thursday, with a place in the final four of the Europa League up for grabs.

“I watched the other game [Manchester City v Liverpool], so only watched the last part of it,” said Gunners boss Arsene Wenger.

“It was a typical game where they wanted to protect their advantage. They conceded early and it can happen, that’s why we love football. It’s not predictable. That’s why it is important we have a positive start as a team.

“The Europa League is important to us, everyone knows that. It is one of the big targets of the season now.

“I don’t think we are under threat of complacency. We have a big job to do, but we are in a strong position. How we approach the game will be vital.” 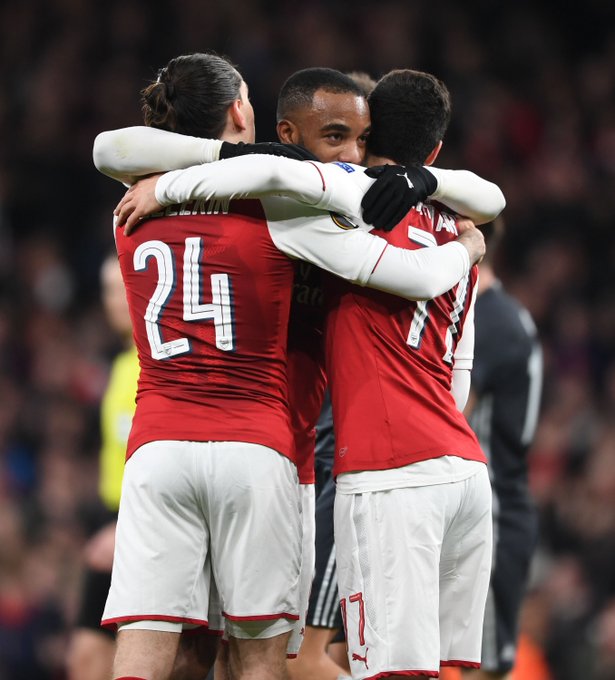 Arsenal defender Shkodran Mustafi feels Barcelona’s demise sounds a timely reminder to the Premier League side, who are in the driving seat thanks to first-leg doubles from Aaron Ramsey and Alexandre Lacazette

“It came at the perfect time for us. It’s football, you are never safe,” said the Germany international.

“You have to be very careful about how you show up. I think the game we saw yesterday was at the perfect time for us to show us we have to be concentrated.”