Andres Iniesta is expected to profit considerably from his anticipated summer move from Barcelona to the Chinese Super League – and not just in terms of his wage packet.

A major part of the 33-year-old midfielder’s prospective deal involves boosting the profile of his wine brand in the lucrative Chinese market.

The Barcelona star founded the Bodega Iniesta winery in 2010 in his hometown of Fuentealbilla and the website includes pages in Mandarin to tap into the growing Far East market. 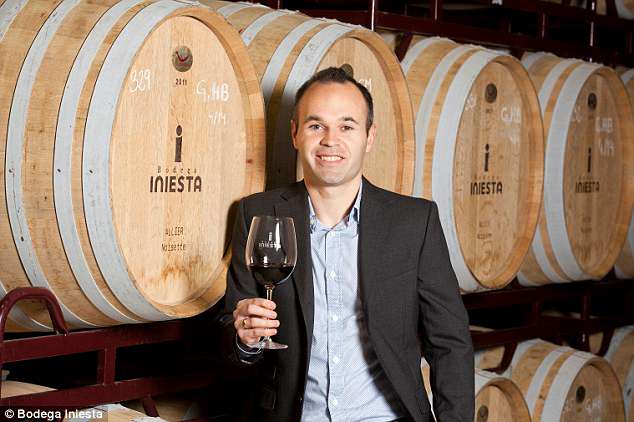 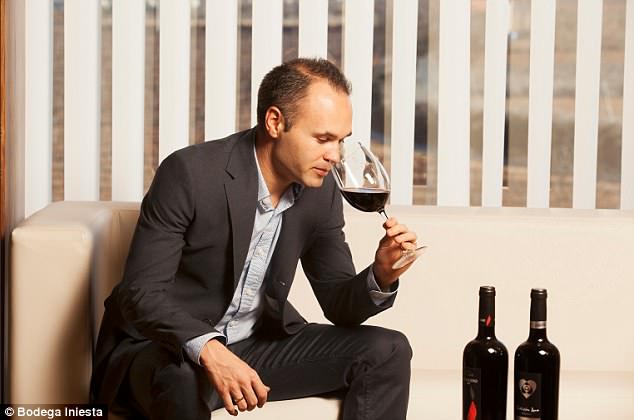 Marca report sources close to Iniesta saying they expect to export two million bottles of wine to China in the coming year.

And a part of Iniesta’s contract there will feature plans to advertise his wines in the Chinese market, a further boost to his anticipated wages of £26million per season there.

Iniesta, speaking after Saturday’s 2-1 victory over Valencia that moved him closer to a ninth Spanish league title, confirmed this will be his last season with the club he has represented boy and man. 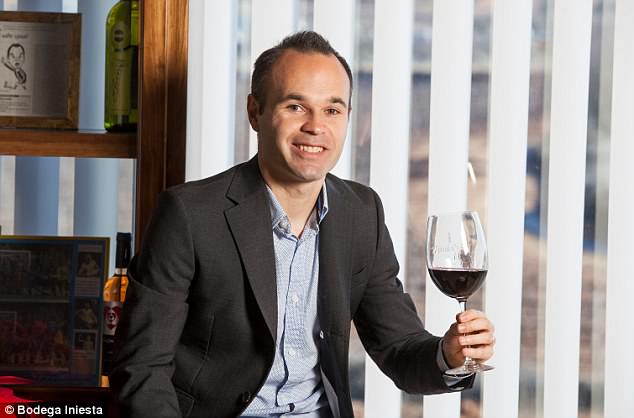 Iniesta, 33, is set to leave Barcelona this summer after 16 seasons with his one and only club 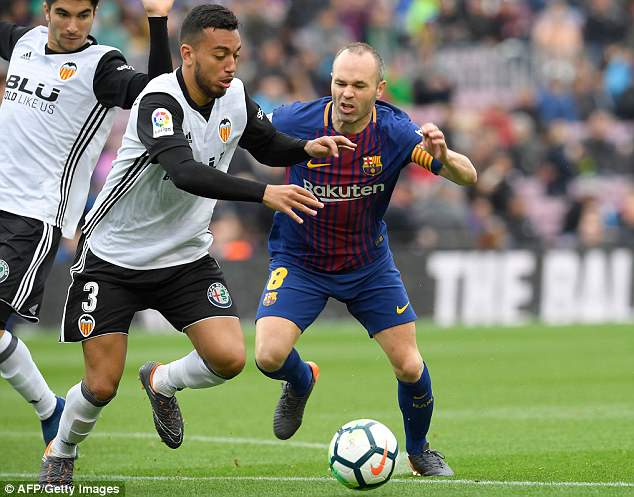 ‘I already know what I’m going to do about my future,’ he said. ‘I’m grateful for the affection of the fans, but that won’t change my decision.’

Chinese Super League side Tianjin Quanjian are one of the clubs interested in signing Iniesta, with Chongqing Dangdai also linked.

His final season has become something of an anti-climax following Barcelona’s elimination from the Champions League at the hands of Roma, but they can still claim a Double of La Liga and the Copa del Rey.

With six matches remaining, Barca sit 11 points clear of their nearest rivals Atletico Madrid, and they play Sevilla in the cup final on April 21.